This essay was first published on Fourth & Sycamore.

On Thursday, March 26, at 7 p.m., Greenville Public Library’s Third Floor Film Series will continue with a screening of Bonnie and Clyde. Directed by Arthur Penn and starring Warren Beatty and Faye Dunaway as the titular outlaws, this 1967 film was a landmark picture in Hollywood filmmaking. Let’s look at a few of the reasons why.

The French New Wave, like any unofficial movement in any medium of art, can be hard to define, as the tenets of the movement are more descriptive than prescriptive. In the late 1940s a group of young French film critics were getting bored with the period dramas popular in their country during that time and the influences of the important but at times drab Italian Neorealist films. They were enamored, however, with the visual style and indefinable cool of American film noirs. Noir was itself not a defined genre yet, and it was these very French writers who set about describing the style – hence the French moniker film noir. In addition to describing – and praising – these hardboiled crime pictures, they also formulating what we now know as the auteur theory, the idea that a film’s director is the “author” of the movie and its most important creative guide. The auteur theory solidified in the decades following to where it is now the established norm within film criticism and appreciation, for better or worse. 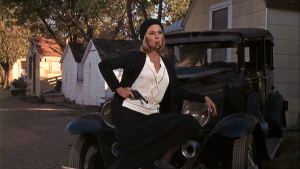 This group of French critics became a group of French directors when they started making movies in the late 1950s and early 1960s, changing the movie world forever. These movies were characterized by unconventional visual and editing techniques, long takes, and a renegade production style among other things, and focused on younger people and modern settings, morals, and concerns. The films they made were a system shock to the French film establishment, and in the years following their influence spread.

Bonnie and Clyde is widely considered the first major Hollywood production to feature many of these characteristics. The film’s editing and tone, the moral choices of its characters (who are amoral more than immoral), and the (for the time) graphic and stylized violence of the movies were sharp breaks from the Hollywood norm. The history of the film’s preproduction backs up its ties to France’s young vanguard – New Wave legend François Truffaut was involved in early drafts of the screenplay and he and fellow New Wave director Jean-Luc Godard were each offered the opportunity to direct the picture. 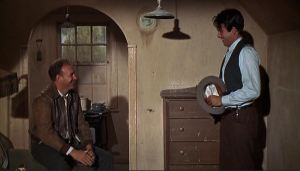 The Hays Code, officially known as the Motion Picture Production Code, was a rigid set of guidelines developed around the advent of sound pictures in the late 1920s that strictly policed how morality and immorality were depicted in Hollywood movies. After numerous off screen scandals hurt Hollywood’s image in the 1920s, and in response to concerns expressed by members of the religious community, Hollywood studios consented to the creation and oversight of what would later become the Motion Picture Association of America, or MPAA. A few years later Joseph Breen was put in charge of enforcing the production code, and he took to the task with gusto.

The production code itself is almost comical to read now, though when one considered how drastically its enforcement affected a quarter century worth of films, this levity dissipates somewhat. The list of course strictly banned such displays as profanity, nudity, sex, drug use and many others, and required great care to be taken in the depiction of dozens of other acts and symbols. It banned miscegenation outright. It banned even the suggestion of any non-heterosexual sex act or relationship. It limited how long a kiss could go on without editing. It also guided how criminal behavior could be handled in a film’s story – immorality and crime always had to be punished by the movie’s end.

While the Hays Code unfairly limited artistic expression (not to mention free speech), the creative methods writers, directors and actors employed to get across what they wanted to say without technically breaking the code and incurring Breen’s ire are certainly a fascinating consequence to look at now. So much can be read between the lines in the movies of the code era, so much implied with eyes, gestures, colors, visual tricks, subtle intonations, euphemisms. It’s a rich subject for study and discussion, one we will explore more with future films in the Third Floor Film Series. 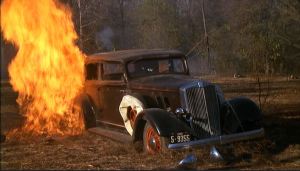 Bonnie and Clyde was not the first film to push on the walls of the Hays Code. The code itself had been only loosely enforced for the several years leading up to the film’s release, and it was formally laid to rest two years later with the substitution of the MPAA’s film rating system that is still in place today. American films before 1967 had broken rules of the code, increasingly so as the 1960s progressed. But if Bonnie and Clydewas not the commencement of the rebellion that brought down the Hays Code, it was at least its coronation. It was the film that brought together the stylistic changes conceived by the French New Wave and celebrated in the New Hollywood movement of the late ’60s and 1970s, and the moral ambiguity and violence that flourished after the dismantling of the code, and it did so with skill, beauty, and effortless cool. It’s a masterful film, and as entertaining today as it ever has been.

I hope you’ll join us on Thursday, March 26, at 7 p.m., to watch this masterpiece of American cinema. Soft drinks and snacks will be available (including fresh popcorn!), and I’ll be leading a brief discussion after the film for anyone interested in participating. Details for the event can be found here.  I hope to see you there.

If you’re interested in learning more about the Bonnie and Clyde and the changes taking place in Hollywood during the time of its production and release, check out Mark Harris’s Pictures at a Revolution: Five Movies and the Birth of New Hollywood (791.43 Harris). If you want to learn more about the advent of the Hays Code, check out Sin In Soft Focus: Pre-Code Hollywood by Mark Vieira (791.43 V). Both are available at Greenville Public Library.

One thought on “Outlaws and Auteurs: Bonnie and Clyde in a Changing Hollywood”