This review was originally published at Fourth & Sycamore. 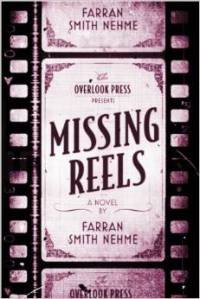 Few ideas ignite the cinephilic mind more than that of the lost film. The romance of what might have been, the tragedy of beauty discarded, the buried treasure fantasies of where the heretofore missing print might show up, and the wonder of the cinematic experience itself all combine to set the filmlover’s mind ablaze. 1917’s Cleopatra, starring Theda Bara and known only from a handful of publicity photos, the Lon Cheney-starring London After Midnight from 1927, Erich von Stroheim’s legendary nine hour director’s cut of Greed from 1924, and countless others are now assumed lost forever with no remaining prints. In cinema’s early days film prints were not seen as having any commercial or historical value once their viewing runs were completed, and the delicate, bulky reels of film were either discarded, poorly stored, or melted down for the trace amounts of silver in the nitrate stock. Some experts estimate that over half of all American films made in the first half of the twentieth century, and over 90% of all films made before 1929, are gone forever. It’s like the burning of the library of Alexandria, except with more close-ups and title cards.

If you’re a lover of classic films and this is new information for you, I’ll give you moment to gather yourself.

The loss of so many early movies is a tragedy and a waste, but it does certainly send the mind racing. You see, every once in a while a “lost” film is found. A collector dies and a surviving print is found in his or her collection. A film was stored and forgotten in a warehouse and discovered half a century later. F. W. Murnau’s 1927 masterpiece of German Expressionism Metropolis has been rightly adored over the years, but only in a severely abridged form – much of the original theatrical version had been lost. Over recent decades however various prints of the film have been found in far-flung corners of the world – New Zealand, Argentina – that restore missing stretches of the film till it is now possible to view the movie at 95% of its original length.

Now if we could just find Orson Welles’s original edit of The Magnificent Ambersons…but I digress.

Few film bloggers write with more passion, knowledge, and romance about the Golden Age of cinema than Farran Smith Nehme, a.k.a. the Self-Styled Siren. Her blog has been a source of wit and wisdom about classic films for close to a decade, and when I found out last year she had a novel coming out at the end of the year – a novel about lost films and cinephilia – I couldn’t wait to read it. I read Missing Reels (Fic Nehme) over Christmas break and it felt just right for the season (like so many Hollywood classics that feel perfect for the holidays even when they don’t directly involve them).

Missing Reels stars Ceinwen Reilly (pronounced KINE-wen), a young woman who lives in New York City in the late 1980s. She’s broke, works at a vintage clothing shop, lives with her gay best friends Jim and Talmadge in a small apartment in a sketchy part of town, and watches classic movies at revival theaters and on VHS as often as she possibly can. She has a meet-cute with a handsome-but-not-single British math professor from NYU one day and they begin dating and sleeping together when his Italian girlfriend heads back to Europe. She becomes enamored with her elderly downstairs neighbor – a stately but aloof woman who has a fascinating past she will only reveal in fragments. Over time Ceinwen discovers this neighbor, Miriam, once starred in a silent film that is now believed lost. Ceinwen becomes obsessed with Miriam and the film – The Mysteries of Udolpho – and sets out to track down any piece of information about the movie she can. The more she uncovers about the film, its surviving cast and crew, and the strange world of silent film collectors, the more she begins to hang on to the slim hope a print of the film might have survived. Can she hold onto her British beau when his girlfriend comes back to town? Can she find the lost film and restore the memory of a forgotten director and star?

Missing Reels is a charming adventure for lovers of classic cinema, and a bit of a love letter (or maybe more of a cheeky love note) to New York City. It’s no deep literary exploration of human nature or existential pondering, but it neither tries nor needs to be. It wouldn’t be the same book if its aims were any deeper than they are. It isn’t interested in being The Bicycle Thief. It’s a stylish and terribly clever romp much more interested in being The Thin Man or Trouble in Paradise.

I have a handful of complaints about the book, but upon reflection I might be arguing myself out of them. I mentioned the meet-cute above, and the love story does at times feel superimposed onto the underlying themes of the book. The story’s loose ends tidy up a bit too cleanly in the final pages. There are too many coincidences and the world of possible characters in this enormous city is a bit small and familiar. But isn’t that classic cinema? Melodrama and romance, style and coincidence and escapism, excitement and tragedy, dramatic exits and camera dissolves and happy endings? I don’t mean by any of this the book is unintelligent; on the contrary, I think the choices the Siren (sorry, I know her better by the third-person moniker she uses in her blogging) makes here reflect more of her knowledge of old movies than any weakness of plot structure or failure of realism. We don’t watch Casablanca because it’s a realistic dissection of the refugee situation in World War II Morocco. We watch it because we will never be that cool, and we will never look that good in soft focus. The Siren knows what she’s doing, even if the audience rolls their eyes once or twice.

If you love old films, you owe it to yourself to check out this book. if you don’t yet love old films, Missing Reelsmight change that. It might be the best black and white movie you’ll read this year.