The Cincinnati Kid (1965) is one of my very favorite films, and I can’t wait to show it as part of the Third Floor Film Series in August. It’s not deep, it’s not difficult, it’s not obscure. It’s just really, really fun.

The movie tells the story of the titular Kid (real name Eric Stoner, but don’t call him that), played by Steve McQueen. The Kid is a rising star in high-stakes poker, taking down top dogs till the only one left is the very best there is–The Man, played perfectly by Edward G. Robinson. Set in Depression-era New Orleans, the movie escalates to a greatly anticipated showdown between the two masters, and the final act of the film is centered around their card table in a richly appointed hotel room with New Orleans society-types and fellow card players gathered around to watch.

The film is populist masterpiece of style. Director Norman Jewison muted the colors throughout the film to make it look period-correct, which makes the shabby-chic fashion and furnishings of Depression wealth call out to the eyes all the more. The patina of age settled onto a city that never looks new anyway is gorgeous to look at. Rain falls and cigar smoke rises and those red and black cards scatter over the table to eager hands. Tension is heightened by the close-quarters, claustrophobic shots required by the private game at hand, but this tense scheme is broken up by some beautiful elevated wide shots, as in the case of The Kid running across a freight yard, or getting off a bus at a country gate. The film’s sense of style extends far beyond mere visuals though. Real New Orleans jazz bands are given time to play in the film, and the script–especially delivered by this stunning cast–is a treat. McQueen, the king of cool at the time, is perfect in the role of the street-wise Kid. He smokes his Lucky Strikes while the other high-rollers smoke expensive cigars, and he doesn’t care how rich you are what your title is because he knows he can beat you.

Edward G. Robinson’s Lancey Howard is a classy, civilized practitioner of cold skill. He is kind and respectful over top an underlying ruthless pride. The part was almost given to Spencer Tracy, and though I like Tracy, he would have been all wrong here. The remainder of the cast is spot on as well. Karl Malden, one of the great character actors of Hollywood history, plays The Kid’s mentor, Shooter, and imbrews the role his trademark humanity pathos, mixing gullible virtue and deceptive smarts. Ann-Margret, at her sex kitten peak, plays Shooter’s wayward wife, Melba, who humiliates, angers, and cuckolds poor Shooter for the pure thrill it gives her. Joan Blondell, one of the feistiest stars at Warner Bros. back in that studio’s pre-Code glory days and as charming an actress as ever graced the screen during the 1930s, plays Lady Fingers, another high-stakes poker player who agrees to help deal during the climactic match. Some of the wittiest lines in the movie are given to Blondell, and she is more than up to delivering them. Rip Torn plays the filthy rich Slade, a slimy and arrogant member of genteel Southern society who tries to twist the big match to his own benefit. A variety of other solid character actors fill out the remaining roles. There isn’t a weak point in the cast except maybe Ann-Margret, and that’s more the screenplay’s fault than hers. 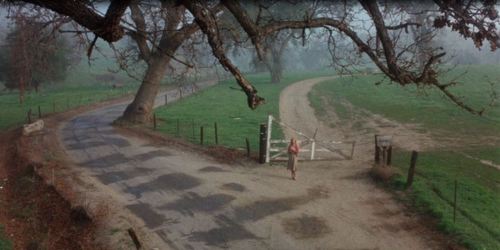 I’ve saved maybe my favorite cast member for last, one of my favorite film actresses who’s ever lived. Tuesday Weld plays Christian, The Kid’s gentle and naive girlfriend. She’s out of place in the movie, the only cast member who isn’t part of the big money, big cards crowd. She’s the daughter of simple, poor farmers in rural Louisiana, and she’s not really suited to the world Eric (she’s the only one who gets to call him that) moves in. They both know this. When he’s preparing for the big game, she heads back to the farm. She knows he’s not focused on her, his mind is elsewhere. She hopes when the game is over that will change, but she knows it might not. He tells her it will. There is a peaceful interlude before the third act in which Eric takes a bus to the farm to surprise her. It’s a gesture, not much, but it shows something might be there when all this is over. The film’s most emotionally tender scenes are all given to Weld, a blessedly strange and severely underrated actress who missed Hollywood superstardom because she just flat out didn’t care. She took roles that interested her over and over again instead of ones that would have made her movie royalty. Roles Tuesday decided against include the leads in Bonnie and Clyde, Rosemary’s Baby, The Rocky Horror Picture Show, Lolita, True Grit, The Graduate and many more. She didn’t like what she saw, so said no. She’s mostly forgotten now except by a dedicated group of fans who see something truly remarkable in this woman with the funny name. To some it’s easy to miss. You might not see it in The Cincinnati Kid if you aren’t looking, but it’s there. She’s one of the most fascinating actresses on and off the screen who ever worked in Hollywood.

Come join us at Greenville Public Library on Thursday, August 13, at 7:00 p.m., for our Third Floor Film Series screening of The Cincinnati Kid. As always there will be free popcorn, candy, and soft drinks for all attendees, and I will be leading a brief discussion after the film. We hope to see you there.