I had a chance to revisit All About Eve a couple weeks ago as part of the Third Floor Film Series, a local classic film series I started in early 2015 and curated and lead until earlier this year when I handed it off to a friend. The film was even better than I remembered, witty as hell and brutally frank. Of all the film’s bounties—the early Marilyn Monroe role, Bette Davis in all her wonder, George Sanders chewing scenery, Thelma Ritter and Celeste Holm in great supporting roles—Anne Baxter’s performance is the movie’s greatest offering. I’ve long loved Baxter, and this is an all-time great acting performance. 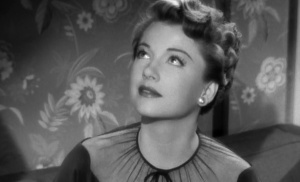 1950 was a fortuitous year for films exploring the nature of fame and aging stars. Sunset Boulevard also released that year, and told the story of a former silent film goddess played by Gloria Swanson who has largely been forgotten but has never lost her belief in her own star power. It gave us the legendary line, “I am big. It’s the pictures that got small.”

Why did perhaps the two greatest Hollywood films about actresses holding onto their fame in an industry that prizes youth and beauty—maybe it’s too greatest films about fame period—come out so close to each other? Because Hollywood was dealing with its first wave of sound stars facing this very problem. The sea change that came with the arrival of sound lead to the end of many a storied silent career, so not as many of its stars had natural career twilights. The decade following World War II was the first to see an entire generation of former young stars aging out of classic romantic leading roles. Or its female stars, at least, as female youth and beauty were and still are unfairly fetishized while male actors remain sex symbols into old age. Davis’s character points this out in All About Eve with the immortal lines, “Bill’s thirty-two. He looked it five years ago, he’ll look it twenty years from now. I hate men.” 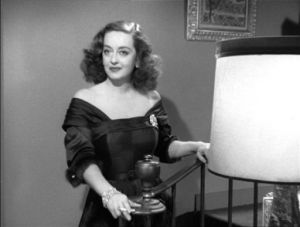 Bette Davis was as big as big could be for two decades. What was she—and Hollywood—to do as she aged into more mature roles? Well, let her age into more mature roles, obviously, but that didn’t mean there wasn’t angst about it, and it is perfectly and somewhat uncomfortably channeled into All About Eve, a tremendously brave role for Bette Davis to take on, hitting the issue so on the nose as it did. A modern corollary might be 2010’s Black Swan, in which a 40ish prima ballerina played by Winona Ryder sees a young ingenue played by Natalie Portman steal her place. Ryder’s character doesn’t take this well. Things get kind of ugly. This dynamic is, of course, painfully close to reality. Ryder was the It Girl of  90s independent films, couldn’t sustain that success into the aughts, had some ugly public scenes, and saw stars like Portman gobble up the roles she would have gotten a few years earlier.

Davis was able to transition into a new era of mature roles for her, and flourished for decades more, alongside young actresses like Baxter and Monroe who saw their own stars ascend. Perhaps it was the confidence of an artist in control of her instrument, an instrument that would always be in demand if skillfully wielded, that allowed Davis to take a role like this. Whatever it was, All About Eve is one of the great gifts of classic cinema.