I’m busily studying for my Cicerone exam next month, which is kicking my ass, so much of my reading time has been devoted to that. Still, I had a chance last week to read Emmy Pérez’s poetry collection With the River on Our Face, which I’m reviewing for Fourth & Sycamore. Poetry is a salve. It’s the one thing I hold onto when busy-ness keeps me from my normal reading. I also received an ARC of Patricia Lockwood’s Priestdaddy from the publisher, which I can’t wait to jump into. Lockwood is one of my favorite writers alive; her perversity, sarcasm, insight, vulnerability, irreverence, and her obvious talent with words make her writing delightful. 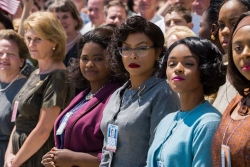 I watched three movies for the first time this week, one of which was awful, one of which was not very good but charming none the less, and one of which was excellent. The first was Noah, the 2015 Darren Aronofsky movie telling the story of the Old Testament hero who saved all the animals and none of the people when God had a hissy fit and flooded the whole world. It was real bad, and in addition to the movie being bad, Noah was an even bigger dick than he seems in the Bible. The only highlights were Jennifer Connelly and Emma Watson emoting their hearts out in a movie that didn’t deserve their efforts. I watched The Hollow late one night after everyone had gone to bed. It’s a super-low budget television horror film from 2015 about a trio of sisters who travel to an island to visit their aunt after their parents have died in a fire. A mysterious fire monster is stalking the island. The special effects were not as awful as you might expect, and though the story was a bit of strain, it was nonetheless pretty fun. On Martin Luther King Jr. day, my wife and daughter and I went to the theater to see Hidden Figures, which was fantastic. If you haven’t seen it yet, do so. 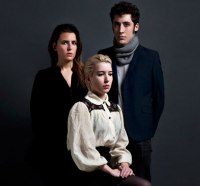 While I’ve been studying, I’ve pulled some excellent beers out of the cellar. We opened an Arbor Brewing 2011 Special Reserve, which was a little past its prime, unfortunately, and showed way too much vinegar. This would have been at its peak 2-3 years ago, so we’ll remember that for next time. We also had a one year old Upland StOAKed, which is slowly developing a pleasant sherry oxidation, and a 2014 Rockmill Saison Noir, which was gorgeous, and will be reviewed in the Winter 2017 issue of Fuggles.

Speaking of which, I have an Etsy shop up now for Fuggles. You can buy the first two issues, and the next will be up next month.

Earlier this week I published a review of the Manic Ogre Nightmare Girl zine, and published previews of my favorite prose and poetry releases of 2017.

What have you been reading/watching/drinking/listening to this week?

The title is a line from Emmy Pérez’s poetry collection With the River on Our Face.