Rouben Mamoulian’s 1931 adaptation of Dr. Jekyll and Mr. Hyde is obsessed with the human face. It knows there is no better register for fear, longing, dread, or any other emotion than the face, especially the eyes, and it trusts its performers to prove it in every major scene of the film. It’s actors are up to the task.

The stage is set early in a scene in which March (playing the titular doctor) and Muriel (Hobart as Jekyll’s fiancé) share a quiet moment in her father’s garden during a dinner party. They are sick of waiting for their wedding, and express their desire-fueled angst to each other. Mamoulian begins with two close-ups of their faces, and then immediately jumps to extreme close-ups of their eyes: 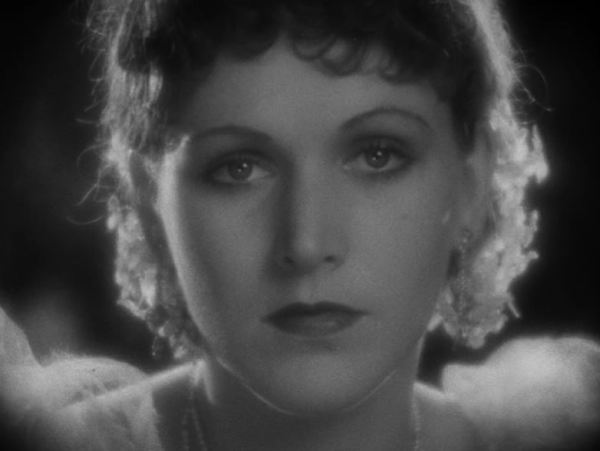 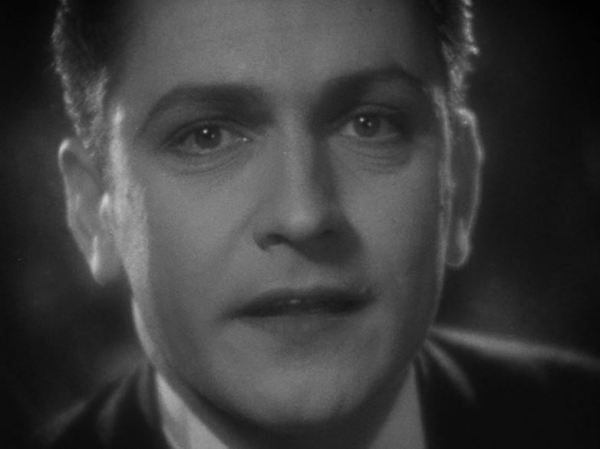 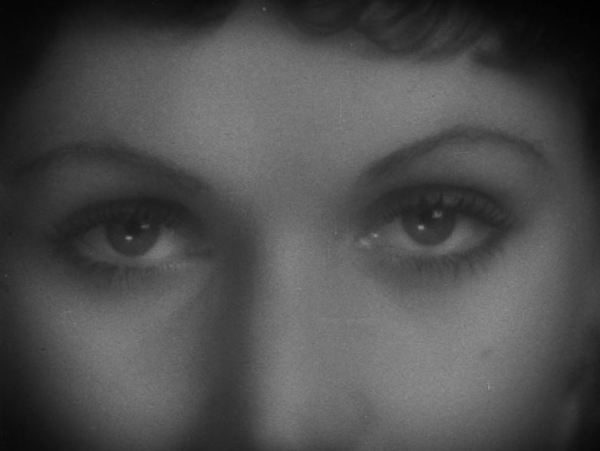 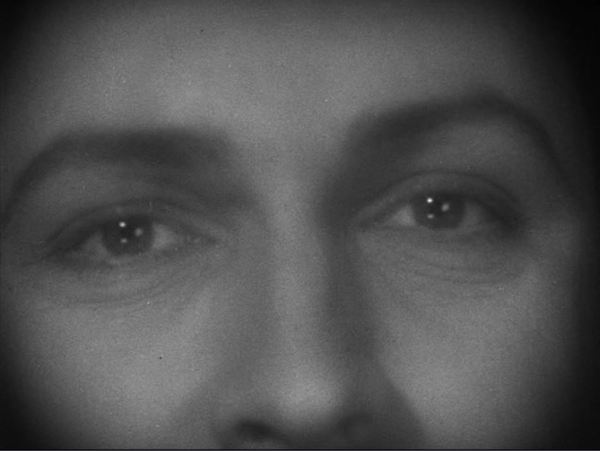 From here, in nearly every scene of intense emotion, we pull in on the face of a character to watch the significance of the events register on their features. Given the story’s subject, this is most often dread–dread of violence, dread of one’s own loss of control, dread of being caught and exposed. First, though, we get a shot of March looking in the mirror before the first time he takes the potion that will transform him into vicious, animalistic Mr. Hyde.

He takes the potion, and we get an even closer shot of his face as he begins his transformation.

The camera stays tight on March’s face during his transformation in an amazing sequence of early special effects. 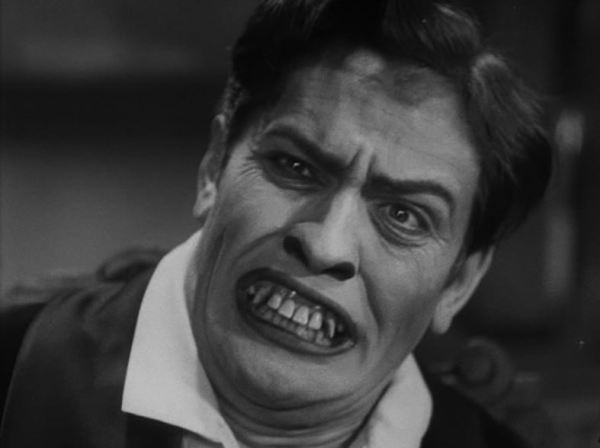 Mr. Hyde, Dr. Jekyll’s evil half, destroys the brilliant young doctor’s life. He takes up with a young barfly named Ivy (the brilliant Miriam Hopkins), sets her up in a nice apartment, and immediately becomes abusive, possessive, and manipulative. Ivy was hanging on by a thread before, but at least she was hanging on. She comes unraveled under Hyde’s cruelty. Miriam Hopkins delivers one of the best scenes of her career in a remarkable, single-shot scene that slowly ratchets up the suspense-filled dread to unbearable levels before delivering the feared outcome. Hyde has discovered Ivy has tried to escape him by coming to his good half, Dr. Jekyll, for help. Jekyll had promised she would never be bothered by Hyde again. But Jekyll is no longer in control of his transformations, and he goes to Ivy’s apartment in a rage. We see Ivy’s palpable terror in a close-up of her face. 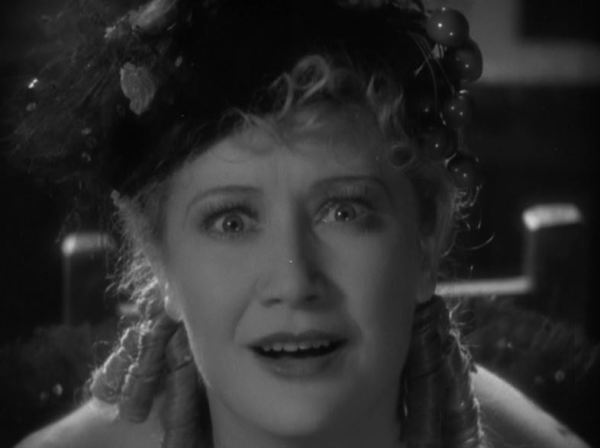 Even scenes of happiness are given close-ups, as in a scene of taunting hope in which Jekyll tells his trusted butler he will be getting married soon, and the butler expresses joy that will soon be dashed. 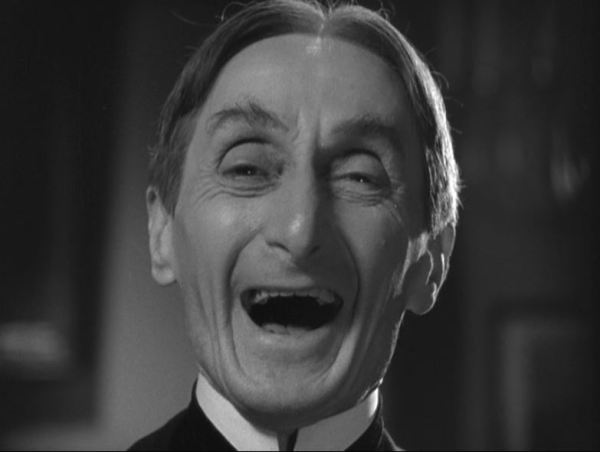 Ultimately, Jekyll’s tampering with his own good and evil natures catches up to him, and he can no longer escape his crime. His best friend corners Hyde with a revolver and forces him to tell him where Jekyll is. Hyde takes the antidote, and transforms back into Jekyll right before the man’s eyes in another remarkable special effects sequence. When he is back to being Jekyll, the dread of his friend’s reaction, and of facing his crimes, is powerful and obvious. 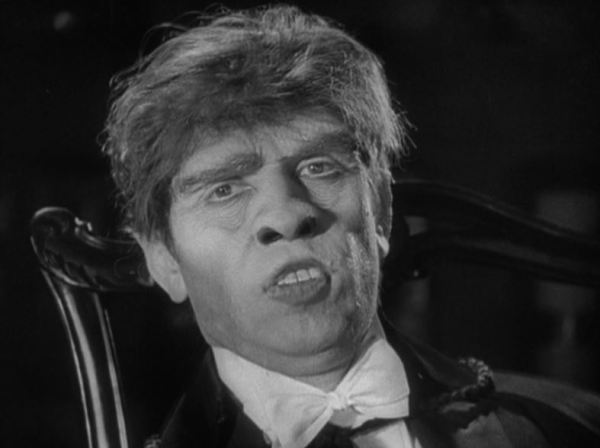 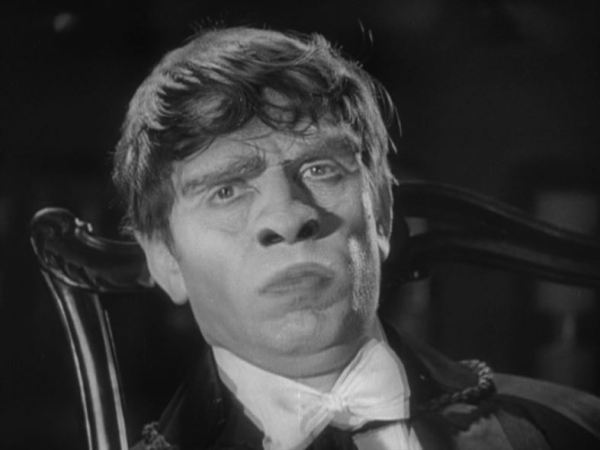 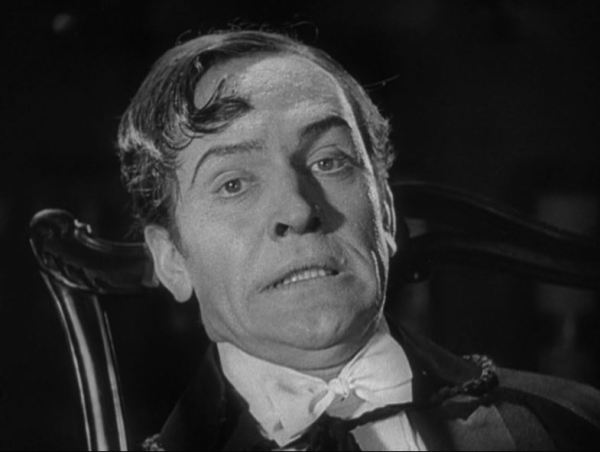 The police arrive, and Jekyll knows he’s finished. The exhaustion on his face is tangible, but there is also a tinge of relief. It’s over. 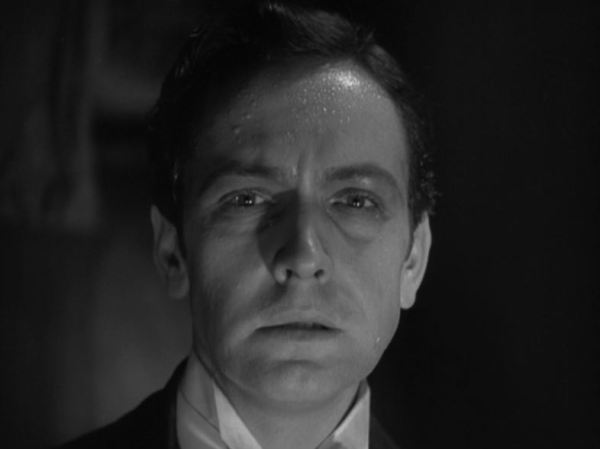 Fredric March was a brilliant actor, one who sadly hasn’t enjoyed the same long-lasting adoration as some of his contemporaries. Miriam Hopkins, well…what can we really say? She had energy and passion and mischief in every expression; her characters could barely contain her.

This 1931 version of Robert Louis Stevenson’s novel is by far a better adaptation than the 1941 version with Spencer Tracy and the miscast Ingrid Bergman and Lana Turner (who should have switched roles). If you have the opportunity, you need to see it.