Trouble in Paradise (1932) is a witty and racy pre-Code comedy that tells the story of two master con-artists (Herbert Marshall and the inimitable Miriam Hopkins) who fall in love after trying to pull cons on each other. Marshall plays a master thief impersonating a baron, and Hopkins plays an expert pickpocket impersonating a lady of high society. They fall in love after pulling jobs in Venice–Marshall on Francios Fibila (Edward Everett Horton), a bumbling bore with a great fortune, and Hopkins on Marshall–but just a year later they fall on hard times, relatively speaking. Their money runs out, and they must find a rich and gullible victim to unwittingly fund their expensive lifestyle. They target the owner of a world famous perfume line (Kay Francis), but things get complicated when Marshall’s character develops feelings for his charming mark.

Perhaps no performer ever delivered Lubitsch’s lines–and his silences–quite so well as Miriam Hopkins. Hopkins was never less than electric on screen, routinely stealing scenes from bigger names, and her mischievous charm was perfectly suited to Lubitsch’s brand of impish–but stylish–wit and social commentary. They made three excellent films together before the Hays Code rained on their parade–The Smiling Lieutenant (1931), Trouble in Paradise (1932), and Design for Living (1933). 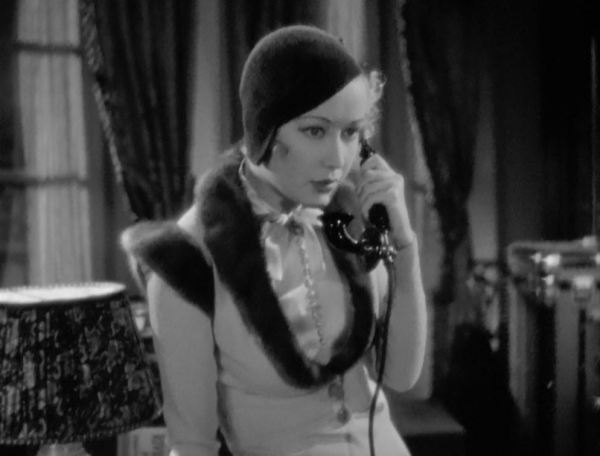 When Joseph Breen took over the Hays office in 1934 and began strictly enforcing the production code that governed morality in Hollywood films, Lubitsch’s edgy style had to be curbed. These early talkie comedies show the direction Hollywood humor might have gone were it not for the Hays Code.