I came to Sofia Coppola late, and late in my first marriage, and I fell hard for the young director. I saw Lost in Translation several years after it came out, and six years into a marriage that started when I was way too young. I had never—and still have never—seen a movie that so perfectly depicted the loneliness of being married to someone who isn’t bad or bad to you, but just doesn’t know and understand you. Being actually alone is less lonely than being stuck in a relationship that highlights how alone you really are. Lost in Translation got that and showed it subtly and gracefully, without flashing lights.

Except, of course, the movie is full of flashing lights, in the literal sense. Set in Tokyo and mostly at night, the movie is as much about the isolation of being unable to sleep in a place that feels like a waking dream as it is about the isolation of being unable to love or be loved in a union that requires and consecrates those processes. Sofia Coppola’s Tokyo is in turns a live-action video game, a cotton candy acid trip, a cool garden of impossible beauty, a beehive of unintelligible activity, a grown-up playland. Ultimately, it’s about being alone, and the way different currents in our lives seem to converge in order to compound our isolation, even if they have nothing to do with each other.

And that’s really what all of the auteur’s films have been about. The Virgin Suicides shows the isolation of a group of sisters who want to be permitted to live, and choose to die on their own terms when denied that chance. Marie Antoinette is about the loneliness of living up to expectations and roles you weren’t consulted on, and the isolations and tensions of a claustrophobic social scene. Somewhere is about the loneliness of fame, of single parenting, of being an only child. 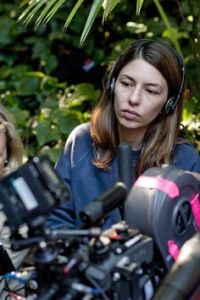 I don’t know much about Sofia Coppola’s private mental health, but she seems to understand loneliness, and I wouldn’t be surprised if she’s dealt with depression. As visually gorgeous and colorful as her films are, her characters are often desperate and depressed, but subtly so, in ways that allow them to continue to function. That too is a loneliness—to suffer when others can’t always tell you are doing so, and so cannot or do not validate your pain.

There is no other modern writer/director I love more, and feel like I understand better, than Sofia Coppola (though Shane Carruth might be close). She’s brilliant, writing and framing scenes with such a deft touch, and creating films that are visually and sonically beautiful. She turns 46 today, and I’m looking forward to many more decades of films from this supremely talented artist.